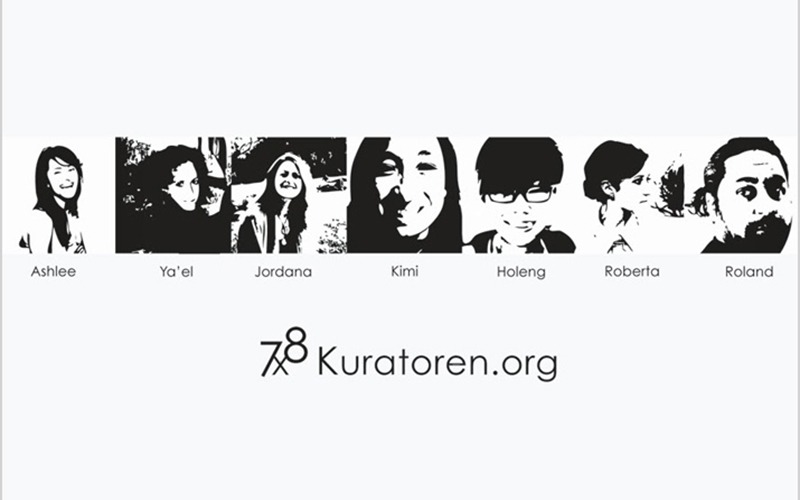 Curator’s Connection project was conceived by Budapest based organization cARTc and Vienna based – BLOCKFREI, envisaged as eight weeks residency programme open for curators coming from all over the world. The programme which altogether lasted from 9th of October till 31st of November 2013 was successfully completed with joint contentment for all parties included.

Out of 56 days, curators have spent three weeks in Vienna and five weeks in Budapest. In that period of time they had a unique chance to get to know in depth contemporary art scenes in Vienna and Budapest. BLOCKFREI have organized intense three weeks programme which included numerous meetings with head curators, representatives of lading contemporary art centers such as MUMOQ, 21Haus, TBA21, Quartier 21, Secession…, private collections, but also with thriving freelance curators and representatives from artist organized spaces and initiatives such as Ve.Sch, Das Weisse Haus, VBKÖ, Künstlerhaus…, next to which, visits and talks with profit-making entrepreneurs in the field, such as Castyourart and leading commercial contemporary art galleries.

In addition, programme provided to the emerging young curators, with already noticeable experience, the opportunity to further develop self – management skills, with essential project management basics and overview of funding opportunities available in Vienna with professional guidance by Karin Wolf and Kulturkonzpete institute.

Furthermore, the emerging young curators, at the last week of Curator’s Connection project, with already conceptualized ideas, have created a five day programme in the scope of Budapest Art Fair, where next to the chosen artists for exhibition installations, they have organized a series of debates with Austrian and Hungarian artists and curators, on the topics such as What is the role of the curator, What is the relationship between artist, curator and collector, etc.

Seven curators, Ashlee Conery (Vancouver/ Paris), Holeng (London/Singapore), Jordana Franklin (Toronto), Kimi Kitada (New York), Roberta Palma (Rome), Roland Ramos (New Jersey), and Ya’el Santopinto (Toronto), selected participants for the Curator’s Connection residency programme, inspired with their collected experiences, have created a joint online blog 7×8 Curatoren where they have publicized their impressions and views on contemporary art scenes in the two cities. Their mutual work is not stopping there; they are continuing to work jointly on their ideas and concepts. Curator’s Connection project had provided a rich network of vital personalized contacts for young emerging curators at the begging of their careers and enable them to strongly enhance their knowledge and understanding of the art scenes existing in Vienna and Budapest.facebook