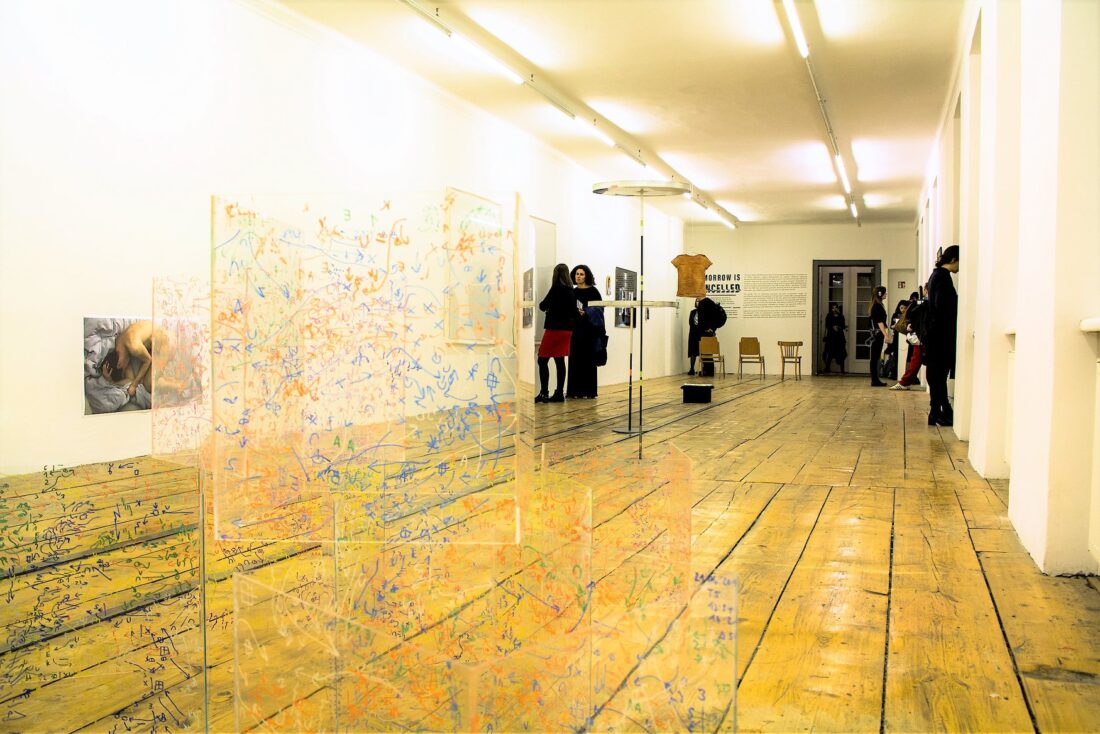 “Tomorrow Is Cancelled“ – Exhibition in the framework of Curators’ Agenda: VIENNA 2018

“Are we just secretly yearning for a fascist illiberal society that never changes?” In this provocative question, the exhibition Tomorrow Is Cancelled finds its polemic climax. Embedded into the framework of BLOCKFREI’s symposium on the legacy of 1968 and current art practices, the eight participants of its curator-in-residence program Curators’ Agenda were tasked to curate an exhibition. In collaboration with students of the University of Applied Art Vienna it sets out to examine what is (or might be) left of 1968 in contemporary works of emerging artists.

Fifty years after the fact, it is hard to grasp what exactly 1968 actually means today. The Parisian student riots have by now been mythologized and have long entered the world of pop culture and capitalism. While their imagery might today be perceived as symbolic of ’68, there is not just a single 1968: As the curators duly note in the catalogue, the uprisings of the 1960s were a global phenomenon, not just a Western European one. The concerns were manifold as well, from social politics to equal rights, environmental awareness and a renewal of the arts.

The curators have chosen to present the twelve selected artistic positions through the prism of Guy Debord’s notion of the spectacle. While his seminal book The Society of the Spectacle (1967) was one of the key texts of Paris ’68 and to this day seems prophetic, describing a distracted and alienated society long before the emergence of social media, his analysis is based on the modern conditions of production which through industrialization came into play long before 1968.

Debord and his colleagues of the Situationist International sought to counter spectacle through art, by creating new authentic situations that were autonomous from capitalism and turned the passive spectator into an active participant. The self-proclaimed aim of the curatorial team of Tomorrow Is Cancelled is to “decolonize 1968”, through a reversal of the clichés of 1968: stillness instead of riot, moments of material potentiality instead of utopia.

This seems problematic on different levels: first of all, the term ‘decolonization’ seems out of place in this context, one that is not concerned with strategies of reframing or retelling and thereby closing gaps in existing narratives of the historic 1968. Furthermore, this statement signals a reduction of Debord’s notion of the spectacle to the ‘spectacular’, the loud and grand gesture, as opposed to the “social relation mediated by images” that pervades every aspect of society, whether noisy or hushed.

There certainly is a sense of quietness and fragility in the exhibition and the thoughtful installation of the works facilitates subtle connections without dividing the long tubular space into obvious spatial chapters. Many of the works – photography, video, performance, sculpture – are concerned with subverting expectations through small gestures. For instance, Lisa Großkopf’s The Photostudio (2016-) seems like a regular shop window of a photographer, while a closer look reveals her subjects to subvert heteronormative gender and societal roles. In a humorous take, Anna Lerchbaumer’s Him (2018) exchanges the seductive female voice of the A.I. in a scene of Spike Jonze’s movie Her (2013) for that of a ‘regular guy’, highlighting the sexualization of new technology.

It is the framing of these works through the notion of the spectacle that opens up many questions but gives little answers. Why do these works hold more eligible strategies of resistance against spectacle and its consequential complacency than less “quiet” artistic practices? Can art even offer strategies of resistance in today’s society? Can artworks still be resistant to commodification and being subsumed into the abyss of spectacle?

Following Debord’s train of thought into postmodernism and Jean Baudrillard’s notion of simulation and hyperreality, the prospects seem bleak. Perhaps tomorrow truly is cancelled.
But it is the artworks themselves which ironically reveal much more about a legacy of 1968 than the curators let on in their workaround tactic of the frame of the spectacle.

Not only through the choice of media – the absence of painting and sculpture in the traditional sense seems obvious – but through their messages it becomes clear that today’s students in Vienna are concerned with very much the same problems as those fifty years ago: gender norms, environmental issues, the future of society. However, this plays out on a very different playing field; at a time when, after more than 70 years of peace, the political trend has reversed towards the far right.  But even though artists might have relocated from lecture halls to the realms of the internet, like Elizaveta Kapustina in her personal exploration of an Instagram persona Reality/Digitality (2018), one of the mottos of 1968 still holds true in 2018, with a renewed sense of urgency: the private is political. 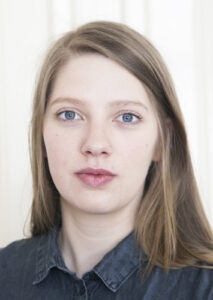 Kathrin Heinrich (*1989 in Starnberg, Germany) is an art historian and writer based in Vienna. She studied comparative literature and art history at the University of Vienna where she is currently completing a master’s thesis dealing with Roni Horn’s Still Water (The River Thames, for Example). Since 2017 she has been contributing to Der Standard and other publications. In 2018 she was awarded the AICA Austria Prize for Young Art Criticism.