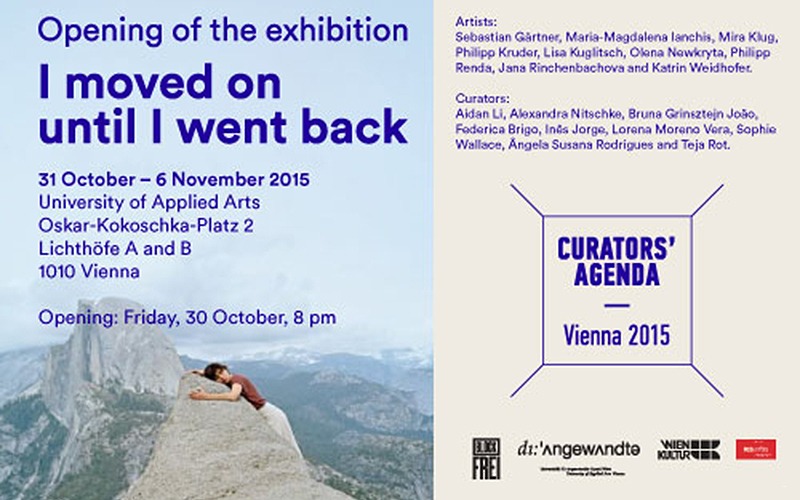 EXHIBITION “I MOVED ON until I WENT BACK”

According to Jean Louis Delotte, the inscription of an event becomes a matter of taking place, a trace of memory. In order to claim its existence, such event should be found in time and place. Hence, memories develop a personal landscape that may be traced. The exhibition I MOVED ON until I WENT BACK brings together artists whose works explore landscape as an expanded idea. As dynamic processes that are shaped over time or as personal experiences, sites record traces that later on are evoked and imprinted in our mind. The title of the show is a direct reference to a typographical work with the same title by the artist Katrin Weidhofer, who is participating in the exhibition.The assertion “I moved on until I went back” conveys a personal experience in which the remembrance of an event generates movement – an inner transformation that may alter the memory of the event itself.

Lichthof A encompasses five artists whose work further explores the notion of landscape in its many forms, whether personal or physical, real or imagined, known or unknown, conscious or subconscious. In this way, the works presented in Lichthof A prompt the viewer to question the extent to which landscapes, real or perceived, reflect reality. Maria Magdalena Ianchis’ photographs explore the way in which humans, either as individuals or as a collective conscious, have—since the beginning of time—employed myths and legends as a language to understand and identify with surrounding landscapes. These constructed narratives provide a framework and context through which we can understand and engage with landscape. These narratives become our reality to the extent that we choose to believe them. We are confronted with repetition and renewal in Jana Rinchenbachova’s photographic series, Painting With The Waves.

Here the artist has intervened with the landscape by distributing seasalt on the shore, observing as the waves create contours and lines. Whether left by nature or man, the seasalt is soon washed away, only to be painted or replaced with new patterns and structures from the coming waves. The painstaking distribution of yellow sand marks a continued trajectory and traceable path in Sebastian Gäerner’s performance piece, kil khor. The precision of the line, which is left vulnerable to audience interference, raises questions about the fragility of landscapes, both physical and emotional. The drawings and single sentences in Philipp Renda’s book, Mensch am Anfang (Man at the Beginning), that are intentionally without context, evoke feelings of loneliness, melancholia and struggle that permeate mankind. The artist hopes to transfer those stories to ones of survival and courage on a deeply personal level, questioning human relationships and possibilities along the way.

Philipp Kruder’s Untitled work represents a moment of realisation in an otherwise forgotten journey. Looking hopelessly towards the ground as he walked home one day, Philipp was struck by the geometry of the grate; the harmony he found in the landscape juxtaposed his internal chaos. These marks on our landscape—whether internal or external—map our journey. Oftentimes we may find that we are lead back to where we began. In this sense, we move on until we go back.

The works at Lichthof B reflect the concept of landscape as a human convention that implies one or multiple points of view. As a genre of fine arts, landscape is a representation of natural scenery. Traditionally, it is defined by a combination of elements, such as a horizon line, a vanishing point, a suggestion of depth through the creation of different grounds and, at times, human figures that punctuate the setting.

With the advent of Romanticism, nature became a privileged source of artistic inspiration and a vehicle to express the psychological state of the artist. Natural scenery is then grasped and portrayed as the representation of a subjective view. The notion of landscape as a social construction or inner encounter is a central aspect in the exhibited works. The series Latent Defect Social Contract by Mira Klug shows female bodies camouflaged in different locations, in order to express the human attempt to fit into social patterns, often causing a loss of identity.

In the photographs Twins I and Twins II, the affinities between nature and the human body are shown along with the traces imprinted by light. Katrin Weidhofer’s works Finger and Ich auflösen 2/12 trace a cartography based on her daily experiences and the tension between the individual and his surroundings. In the video installation Worn Out Landscapes by Olena Newkryta, the breathing rhythm and bodily shapes of six people wearing souvenir t-shirts from a national park depict an intimate topography.

In the site-specific installation by Lisa Kuglitsch, a new point of view is established through the placement of a springboard on the upper level. Therefore, the exhibition becomes a landscape in itself by setting an interference in the reading of the display.

The exhibition is organised by BLOCKFREI in cooperation with the University of Applied Arts Vienna, as final part of the Curators’ Agenda: VIENNA 2015 program.

Special thanks to Tatia Skhirtladze, Leticia Moraes and all the participants of this exhibition. 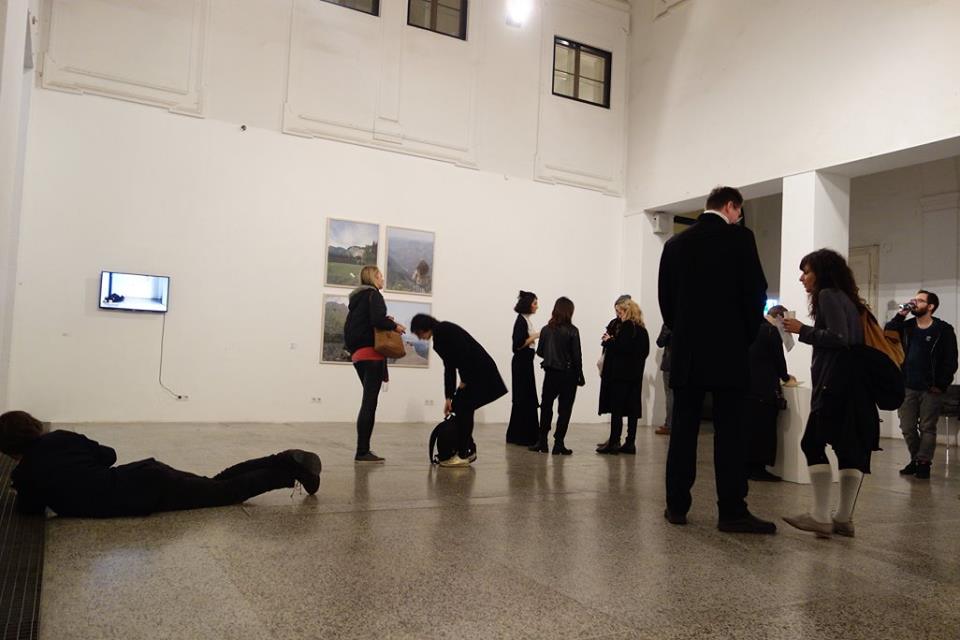 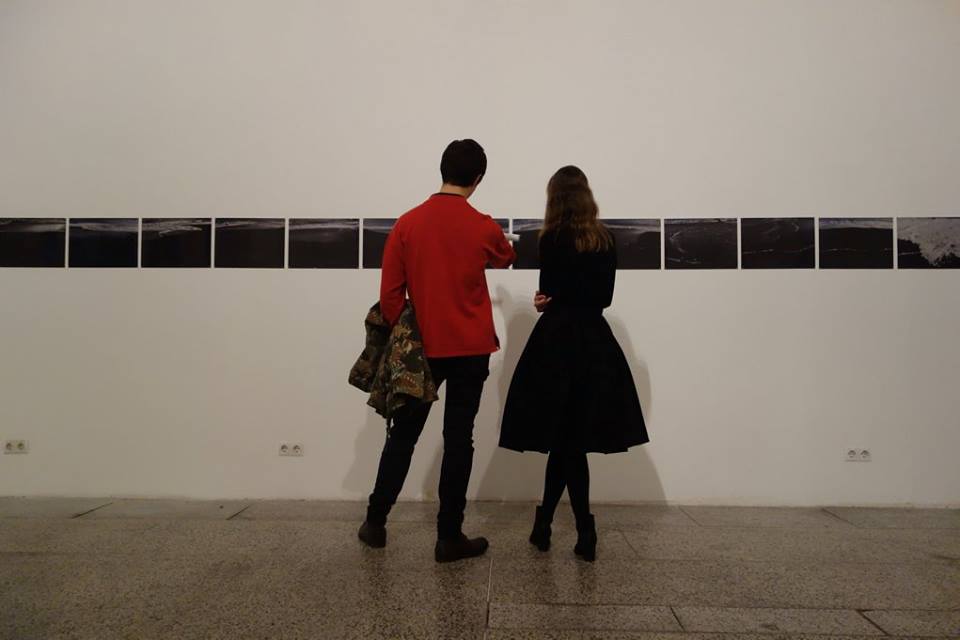 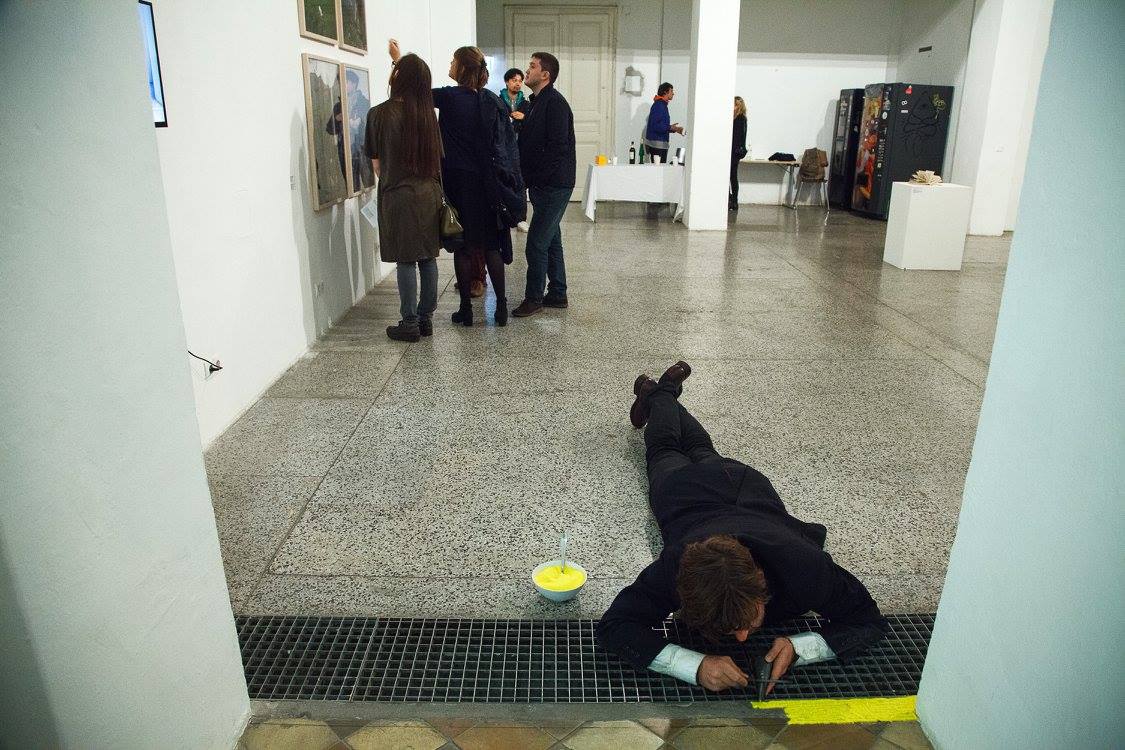 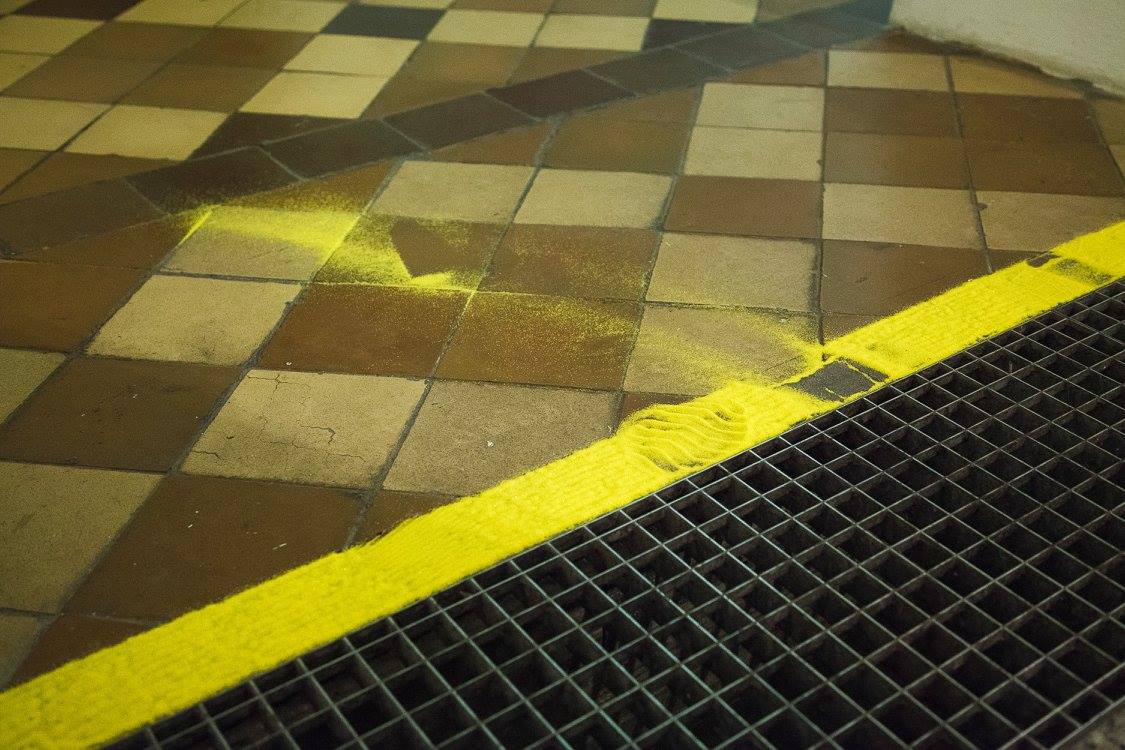 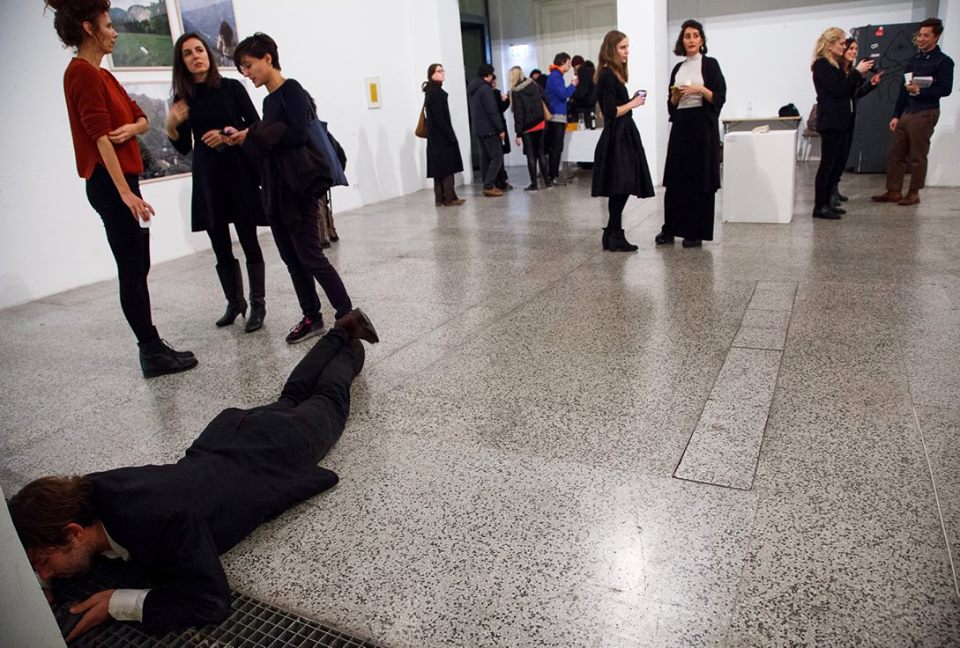 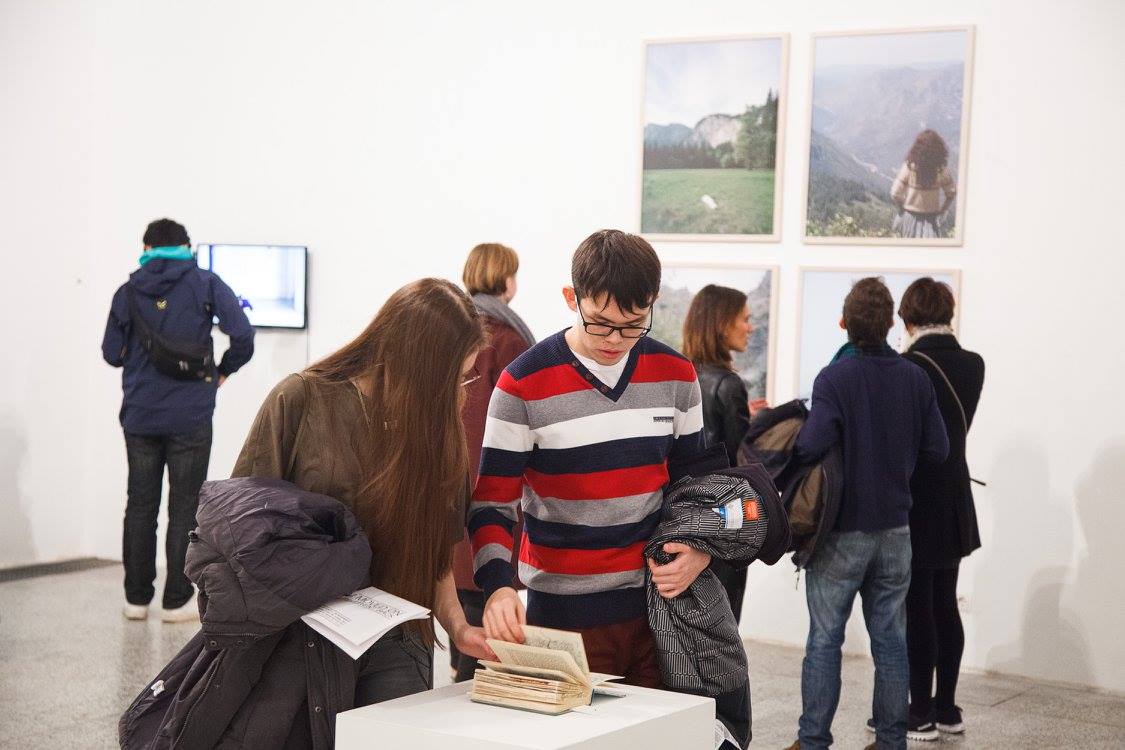 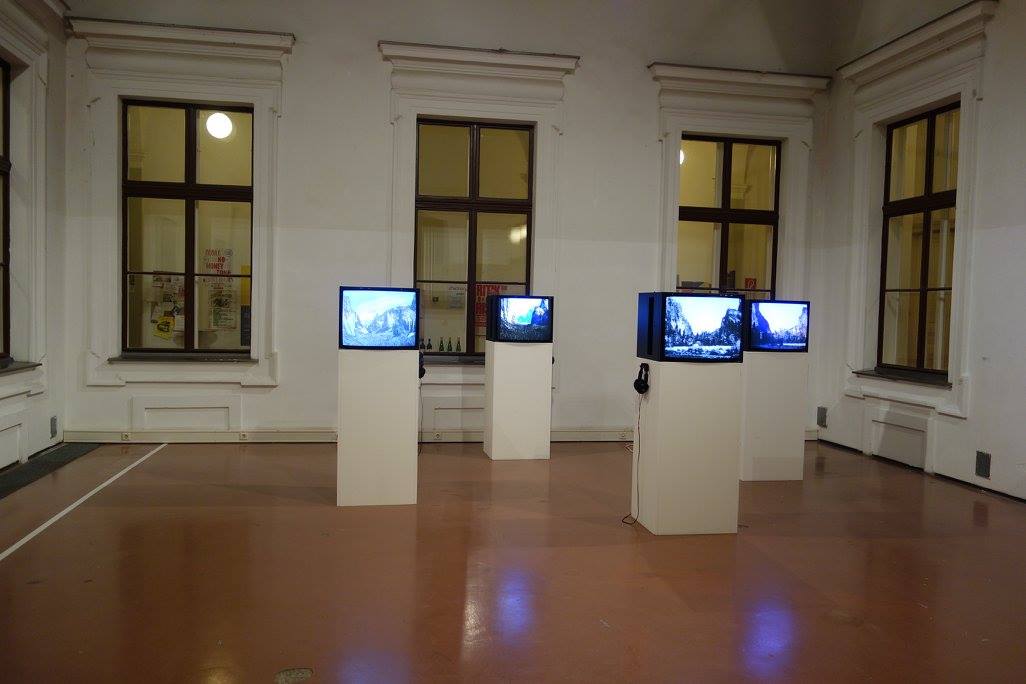 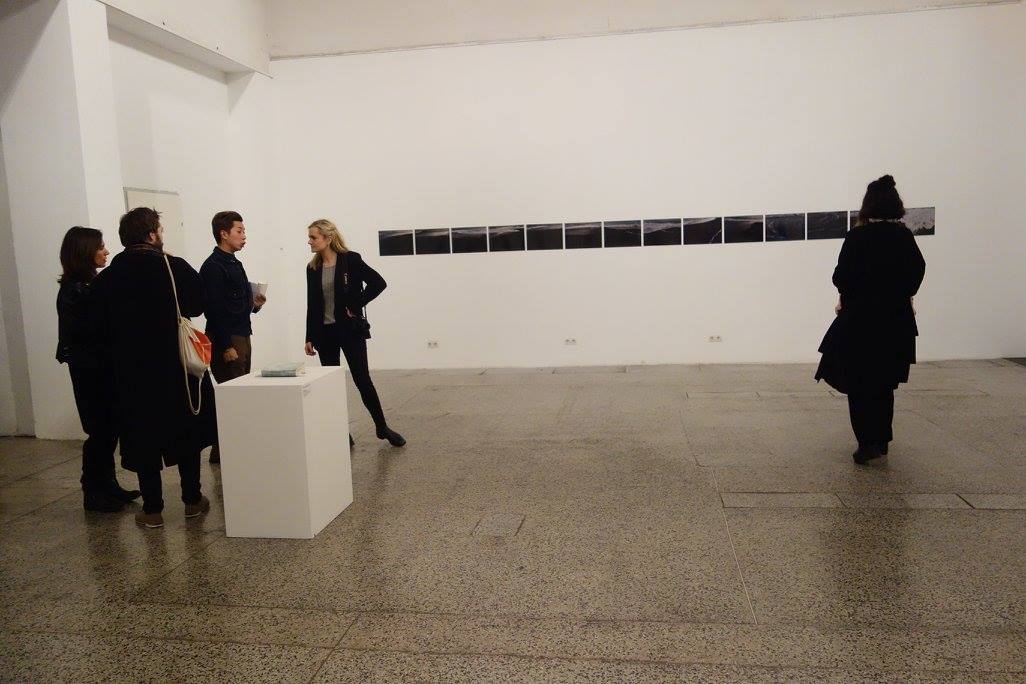 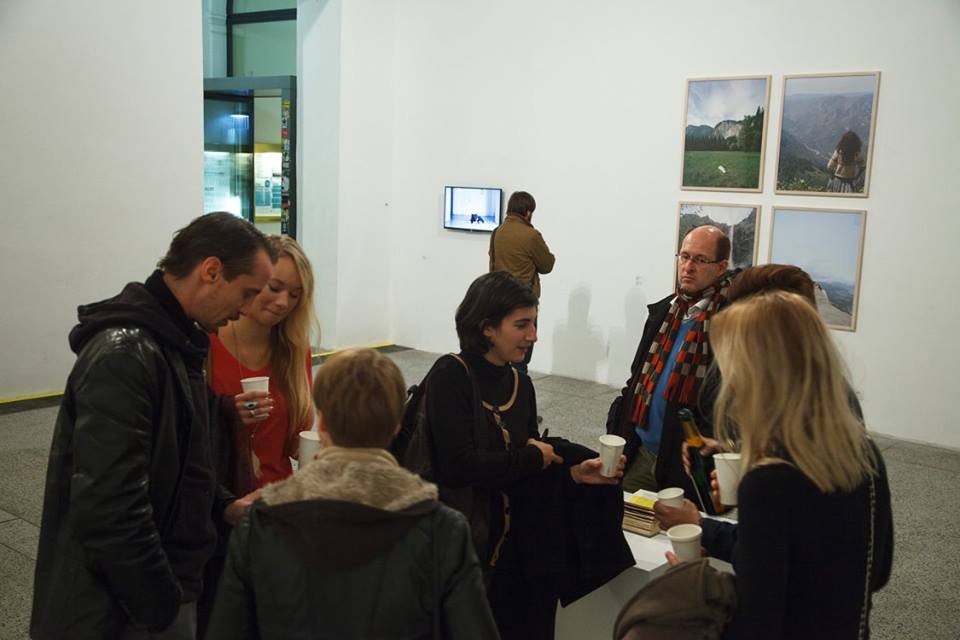 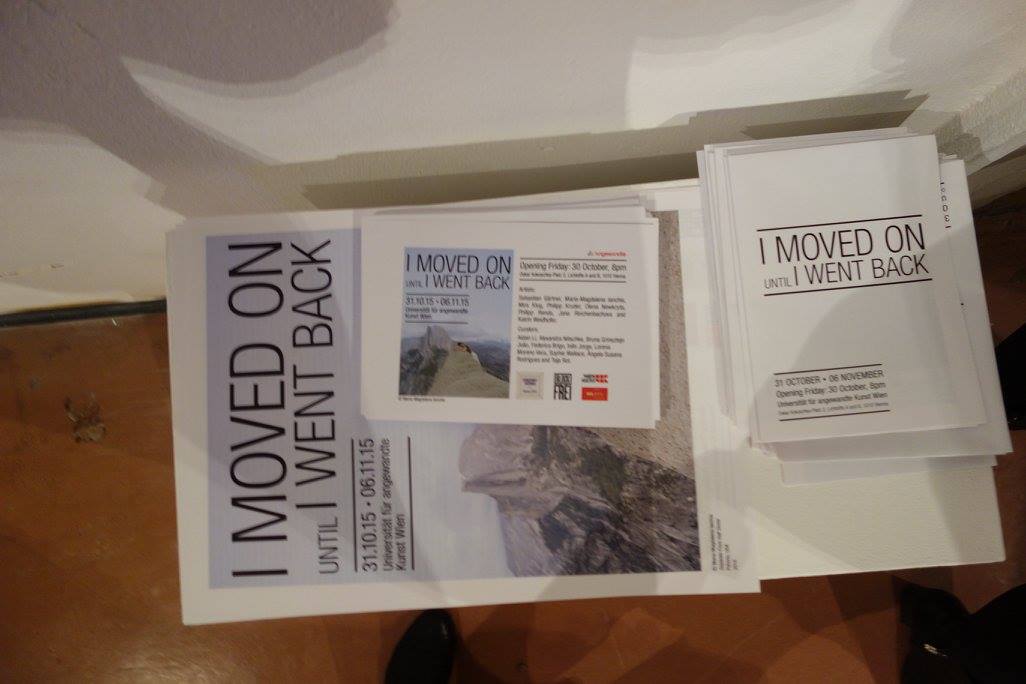 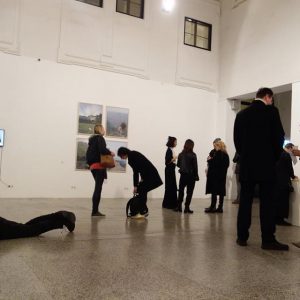 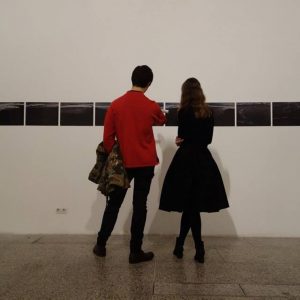 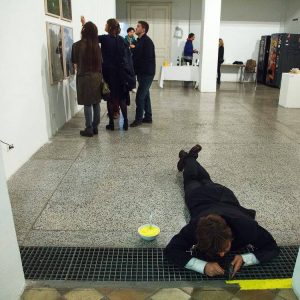 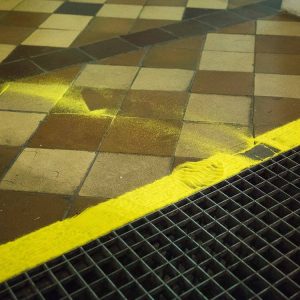 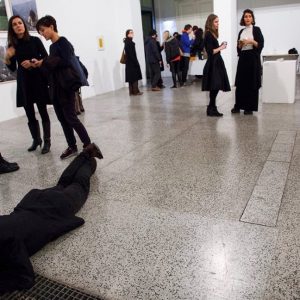 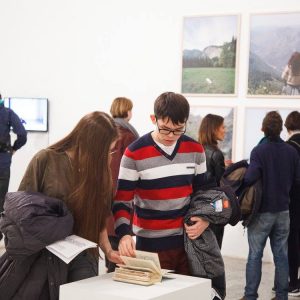 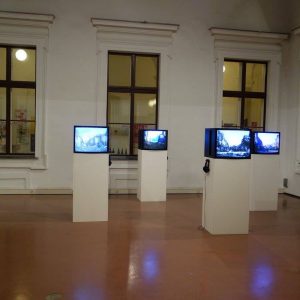 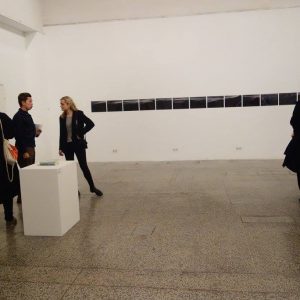 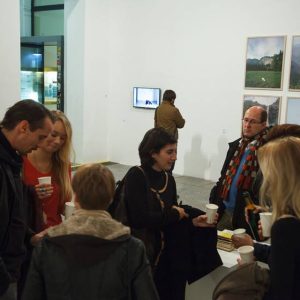 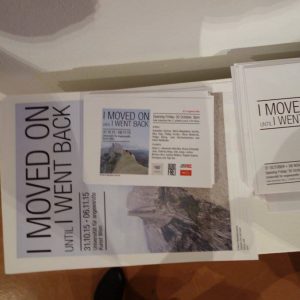