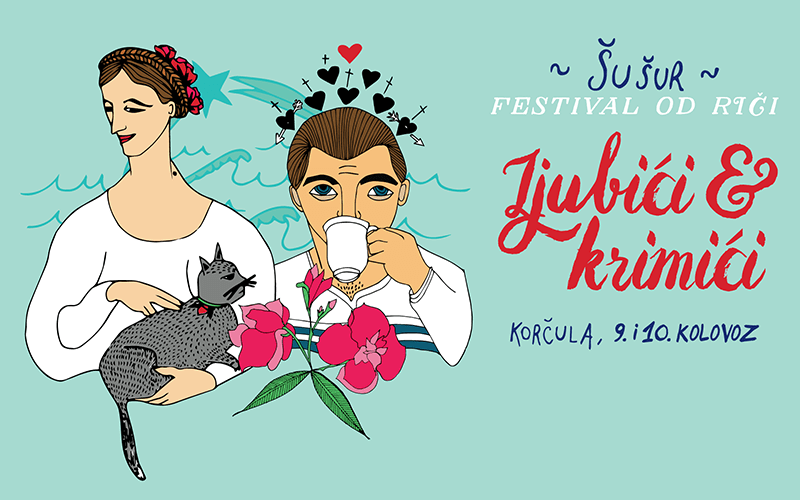 In the warmest month of the year, on 9 and 10 August, Šušur! brings literary treats to Korčula for the fourth time with the hot topic of Love & Mystery novels, reserving for each genre one evening of literary debate in the surroundings of the picturesque medieval old town of Korčula in Dalmatia, Croatia. During the discourse the authors will share with the audience their interpretation of these genres.

In a romantic sunset on the second day of the Festival, the audience could hear more about different personal approaches to the Love genre.

ŠUŠUR! Festival od riči 2015 was supported by TRADUKI and Ministry of Culture of Republic of Croatia.